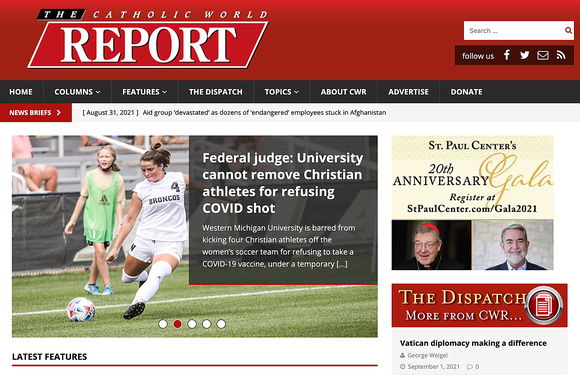 Western Michigan University is barred from kicking four Christian athletes off the women’s soccer team for refusing to take a COVID-19 vaccine, under a temporary restraining order issued Tuesday by a U.S. District judge in Kalamazoo, Mich.

Judge Paul L. Maloney granted the emergency order sought by two Catholic and two Protestant athletes, who were scheduled to be permanently removed from the Western Michigan University Broncos team on Aug. 31 for failing to comply with the university’s new vaccine mandate.