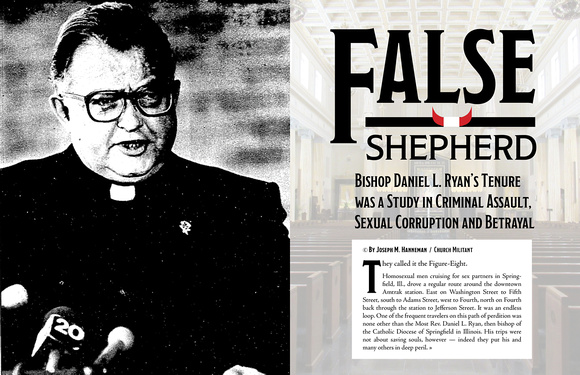 They called it the Figure Eight.
Homosexual men cruising for sex partners in Springfield, Ill., drove a regular route around the downtown Amtrak station. East on Washington Street to Fifth Street, south to Adams Street, west to Fourth, north on Fourth back through the station to Jefferson Street. It was an endless loop. One of the frequent travelers on this path of perdition was none other than the Most Rev. Daniel L. Ryan, then-bishop of the Catholic diocese of Springfield in Illinois. His trips were not about saving souls, however — indeed, they put his and many others in deep peril. Part 1 of 6 at Church Militant.
© JComm Enterprises LLC
User Agreement
Cancel
Continue