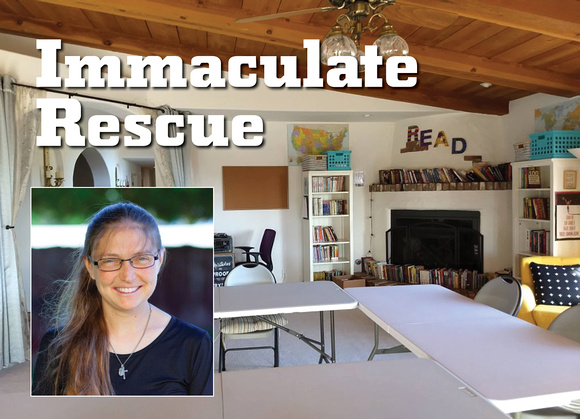 Rescued Children of the Immaculate Heart

Grace Williams’ five-year-long drive to open a home for victims of child sex trafficking is a good argument for the reality — and beauty — of Divine Providence.

Doing battle with a hostile California state bureaucracy with open disdain for the Catholic faith, Williams was undeterred. Years of government licensing delays cost her apostolate a colossal $800,000, but she kept the faith. When government regulators told her she needed to cut Jesus out of her group’s mission statement or there would be no license, she sued the state of California, with backing from the St. Thomas More Society and the Freedom of Conscience Defense Fund.

So when news finally came in September that Children of the Immaculate Heart — her rescue apostolate for girls victimized by sex traffickers — would get its first residents, Williams did the only thing she could think of.