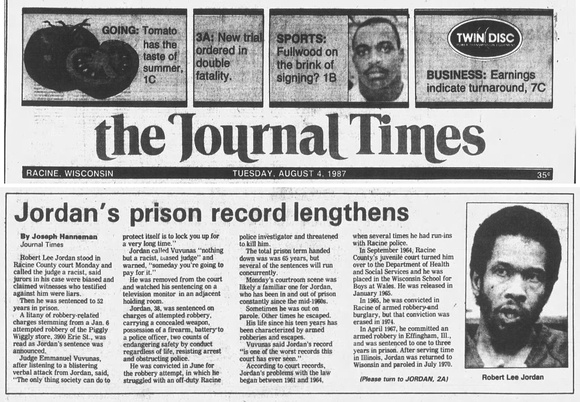 Extorted by a Thief

The sentencing of experienced felon Robert Lee Jordan resulted in one of the best ledes I've ever written. It later led to an extortion letter from the defendant, who tried to coax $1 million from me. Of course, he was open to negotiation: “Give me a offer,” his letter read. Pass.

“Robert Lee Jordan stood in Racine County court Monday and called the judge a racist, said jurors in his case were biased and claimed witnesses who testified against him were liars. Then he was sentenced to 52 years in prison.”
Read the rest: https://wp.me/p4FxQb-1KH
© Joseph M. Hanneman
User Agreement
Cancel
Continue