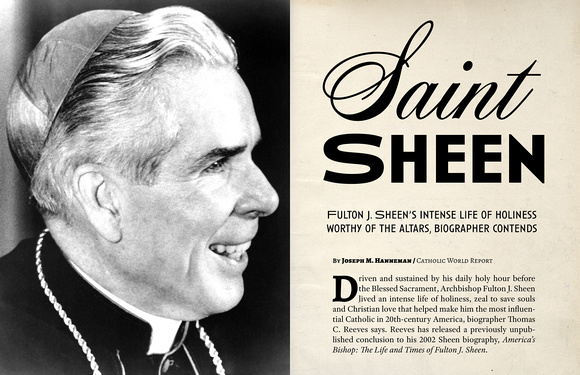 Driven and sustained by his daily holy hour before the Blessed Sacrament, Archbishop Fulton J. Sheen lived an intense life of holiness, zeal to save souls and Christian love that helped make him the most influential Catholic in 20th-century America, biographer Thomas C. Reeves says. Reeves has released a previously unpublished conclusion to his 2002 Sheen biography, America’s Bishop: The Life and Times of Fulton J. Sheen.