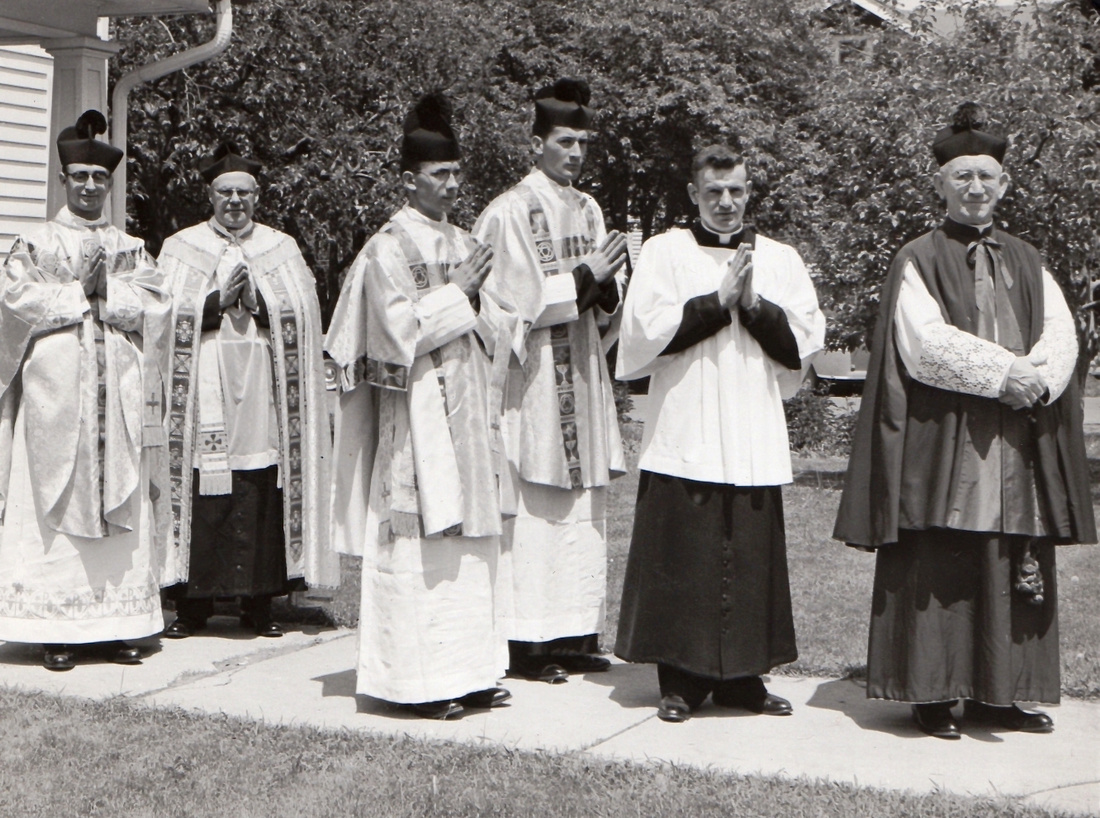 One potential suspect in the 1998 murder of Father Alfred J. Kunz has been cleared by DNA analysis, according to the Dane County Sheriff's Office. This March 5, 2019 story in Catholic World Report is part of my ongoing coverage of the unsolved Kunz homicide.

A Wisconsin man with a violent history who might have been in the general area where Father Alfred J. Kunz was murdered in March 1998 has been ruled out as a suspect based on forensic testing, the Dane County Sheriff’s Office says. Meanwhile, another early person of interest in the case was recently charged with an unrelated homicide.

Joseph Donald Cavanaugh of La Crosse was ruled out in the Kunz murder using DNA testing, according to Detective Gwen Ruppert, lead investigator for the Dane County Sheriff’s Office. Cavanaugh committed suicide in August 2002 after being charged with sexual assault and other felonies. In mid-2018, Dane County Sheriff David J. Mahoney said Cavanaugh’s DNA was at the state crime lab for comparison to DNA found at the Kunz crime scene. 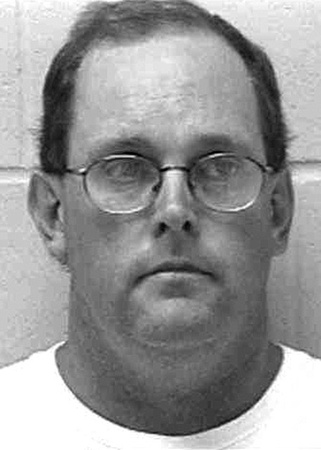 Twenty-one years ago this week, Father Kunz, 67, was murdered in the hallway of St. Michael Catholic School in the tiny enclave of Dane, about 15 miles northwest of Madison. He was found face-down in a pool of blood about 7 a.m. on March 4, 1998, by teacher Brian J. Jackson, who was arriving for the school day. Kunz’s throat had been cut; he died from massive blood loss. His murder set off the largest criminal investigation in Dane County history, one which has yet to yield an arrest or assignment of blame. Catholic World Report published an extensive three-part series on the murder in August 2018.

Cavanaugh was on the radar of investigators because he was allegedly in the Dane area at the time of the murder. He allegedly made statements to his biological father that he had attacked Kunz when the priest refused to give him money. The man’s uncle, retired Dane County Sheriff’s Deputy John Cavanaugh, relayed the information to news media and investigators.

“Had to rough him up”

John Cavanaugh said he repeatedly tried to get Dane County investigators to look at his nephew as a suspect. He said he submitted an audio recording of his conversation with Joseph Cavanaugh’s father. He said the efforts went nowhere. He tried reporting the information to the FBI and the Wisconsin Department of Justice, but was referred back to Dane County investigators, according to the email. Cavanaugh expressed frustration with the Kunz investigation. “I’m convinced they are in no hurry to admit that perhaps they should have followed up on this information years ago,” Cavanaugh wrote.

In April 2002, Joseph Cavanaugh was charged with sexually assaulting his ex-girlfriend for more than five hours, stealing money from her, and leading police on a high-speed chase through residential neighborhoods in La Crosse. The attack occurred a day after the woman broke up with Cavanaugh. During the incident, the thrice-married father of five threatened to kill the woman and her children, according to the criminal complaint. Cavanaugh had a harassment restraining order issued against him in August 2001, according to court records.

In the 2002 incident, Cavanaugh was charged with kidnapping, burglary, three counts of sexual assault, robbery, and fleeing police. He was held in jail on a $100,000 cash bond. On the morning of August 6, 2002, Cavanaugh was found hanging in his cell at the La Crosse County Jail. He was rushed to the hospital, but resuscitation efforts failed. He was 43. His trial had been set to begin in early September 2002.

An autopsy photo of Father Kunz released in 2018 shows the priest’s right hand with major bruising along the index finger, bruises on three of the four knuckles, and several small puncture-type wounds across the back of the hand. The sheriff’s department would not disclose from what area of Kunz’s body the unknown DNA was collected.

“We certainly realize this is a case that many people are looking for answers to, but we have to maintain some of that information for the integrity of the case,” said Elise Schaffer, public information officer for the sheriff’s department.

Cavanaugh is at least the second person cleared in the case by use of DNA testing. Last year, Mahoney said DNA and other investigative tools had ruled out Brian Jackson, the teacher who found Kunz’s body. Jackson was long a focus of the investigation. Schaffer declined to say if other suspects or persons of interest have been excluded via DNA testing. The DNA sample collected at the scene resulted in only a partial genetic profile, which was not enough to run through the Combined DNA Index System (CODIS), a national database maintained by the FBI.

Over the 21 years since the murder, investigators shifted their focus away from Jackson, and from the theory that Kunz was killed over investigative work he was doing on homosexual corruption in the Church. More recently, Mahoney said his department is looking at burglary as a possible motive, and considering the possibility that the perpetrator is dead.

“We have multiple individuals who we would consider to be persons of interest, who either have motive or had a pattern of practices, maybe in the area of burglaries. We’ve looked at this as a crime of passion, we’ve looked at this as being a crime of opportunity—a burglary that was interrupted,” Mahoney said in a 2018 interview with Catholic World Report.

Another early person of interest in the case is back in the news in 2019 after being arrested and charged with homicide. Robert M. Pulvermacher, 68, of Middleton, Wisconsin, was charged with first-degree intentional homicide in the January 13 stabbing death of Harold A. Johnson, 88, of Portage, Wisconsin. Police said surveillance cameras showed Pulvermacher and Johnson walking to Johnson’s car in a casino parking lot, where Johnson expected to collect $100 he loaned Pulvermacher. After a short time inside Johnson’s car, Pulvermacher emerged, smoked a cigarette, and returned to the casino, police said. Johnson’s body was later found in the parking lot. Pulvermacher was arrested in Madison on January 23 and is being held on 250,000 cash bond. 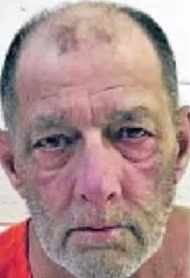 Pulvermacher once lived in the village of Dane and was a parishioner at St. Michael Catholic Church. In 1973 Father Kunz married Pulvermacher and his then-wife, and he baptized their children. Detectives questioned Pulvermacher in 1998 because of his previous involvement in burglaries, but they became convinced he was not involved in the Kunz murder. He had an alibi for the night Kunz was killed. At the time he had no financial motive to break into St. Michael’s, authorities said. Pulvermacher told detectives he had no animosity at all towards Father Kunz. In the years after the Kunz murder, Pulvermacher escaped from prison while serving a burglary sentence, setting off a huge manhunt in central Wisconsin. He was sentenced to 11 years in prison for those escape-related charges.

“He will be silenced”

Interesting information on the case is coming to light in a 10-part podcast series, “The Devil You Know,”published by the Milwaukee Journal Sentinel. The series, by writer Gina Barton, profiled a St. Michael parishioner and close friend of Kunz who told sheriff’s investigators she had a vision of the killing.Mora Smith, a former waitress in nearby Waunakee, says she almost rushed out of her home to check on Father Kunz late on the night of March 4, the night he was killed.

Smith told the police that the Sunday before the murder, she had a sense of dread while at Mass, and heard a sinister voice during her prayers that said, “He will be silenced.” Kunz earlier warned Smith about a would-be suitor who kept coming into the restaurant where she worked. The man, who worked as a tattoo artist, had a criminal past. When he would not cease in his affections, Kunz told him to leave Smith alone, the Journal Sentinel reported.

An ambulance from Waunakee Area EMS was first to arrive at St. Michael School at 7:13 a.m., after teacher Brian Jackson called 911 dispatch at 7 a.m. Three emergency medical technicians noticed Jackson walking from the west end of the school, covered in blood and motioning for them to come inside. Jackson made a hand gesture across his throat, which they took to mean someone’s throat had been slashed. The EMTs had been advised by dispatchers not to enter the school, because it was a possible crime scene.

Dane County Sheriff’s Deputy David Cattanach arrived about one minute after the ambulance. He spoke briefly with Jackson. “Mr. Jackson appeared to be uncertain as to whether the subject inside was deceased, but he did tell me that the subject was stiff and cold,” Cattanach’s incident report read. “He also advised that he had touched the individual inside, per instructions from the 911 center who had told him to attempt to find a pulse.” Jackson was placed in the ambulance, where he began to pray the Rosary. One of the EMTs heard him say, “Poor Father Kunz. Who could have done such a thing?” the report said.

When Cattanach entered the school, he found Kunz lying on his back, and his “arms were extended at angles toward the ceiling.” The priest was dressed in dark slacks. Casual-type shoes were laying near the body. A large ring of keys was found near one of Kunz’s hands.

Detectives Dawn Johnson and Dale Hauschel interviewed Jackson on February  12, 1999, and obtained more details about the discovery of Kunz’s body. The detectives said Jackson expressed concern with the amount of time he spent with Kunz’s body during his conversation with the 911 dispatcher. “It looks like I set this thing up. People are thinking what am I doing here that long,” Jackson said, according to the report. “‘I know for a fact I didn’t kill him.’”

During the 1999 session with detectives, Jackson was asked if he had anything to do with Father Kunz’s death. “I loved the man,” he replied, according to the report.

Anyone with information on Father Kunz’s murder should contact the Dane County Sheriff’s Office, (608) 284-6900, or [email protected]