America At Prayer in the Public Square

America spent Saturday and Sunday at prayer in the public square.

It started in August with one Eucharistic Procession, with 3,000 people following the Blessed Sacrament through the riot-scarred streets of Madison to the Wisconsin Capitol Building. By the second Sunday in October, the Unite Our Nation movement spread to more than 40 sites from San Diego to Kenosha, Wis. These processions were joined over the weekend by dozens of rallies sponsored by Rosary Coast to Coast and America Needs Fatima. The Catholic faith made its presence known on the streets of America. 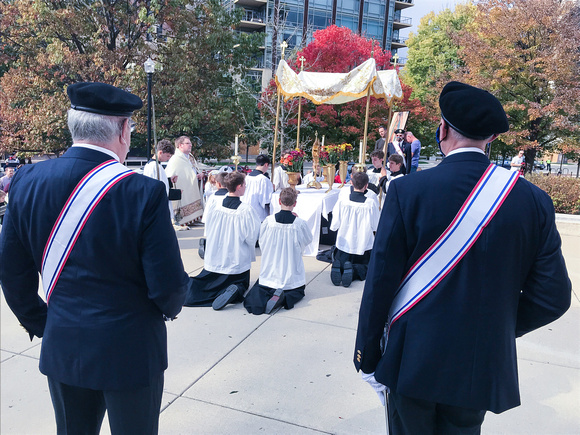 In Wisconsin’s capital city, about 1,000 people processed the still-boarded-up environs of State Street to the Wisconsin Capitol Building — the third such procession since riots rocked the city in May and June. On the Capitol steps, the group prayed the Patriotic Rosary, naming every state as part of the prayer intentions. The Rosary was followed by Benediction and the Divine Praises. The Capitol Square and upper State Street were closed off by Madison police to make way for the Sovereign King of Creation — followed by the faithful and the heavenly sounds of the Knights of Divine Mercy Schola. It was a powerful sight.

“This movement, which started here in Madison, has rippled out to the entire country,” said Kevin O’Brien, the founder of Unite Our Nation and president of the Milwaukee-based Men of Christ apostolate. O’Brien said 44 Unite Our Nation Eucharistic Processions are in the books, with another 15 in serious planning. “We had 19 this weekend. It’s incredible. Plus you’ve got Rosary Coast to Coast, that’s rippling out. We are pounding Heaven with prayer. We are using our spiritual weapons that God has given us. It’s exciting to be a part of it."

O’Brien has even bigger plans to expand Unite Our Nation into every parish in the United States. 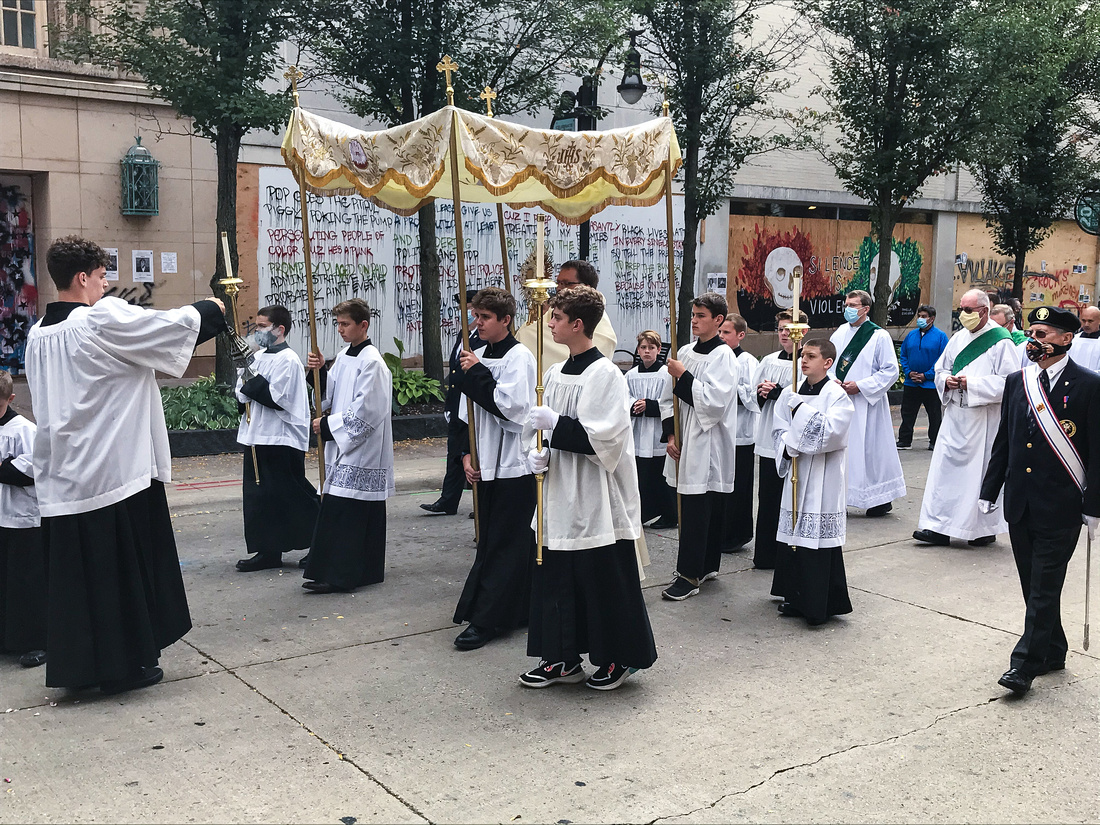 Through Riot-Scarred StreetsAbout 1,000 Catholics processed from Holy Redeemer Catholic Church to the Wisconsin Capitol Building, the third such procession since riots rocked the streets of Madison in May and June. (Photo by Joseph M. Hanneman)

“We need these events, these experiences to truly experience the faith. So that’s what the exciting thing is about this,” O’Brien said. “It’s so beautiful. My heart is so full of joy. Transformation begins with truth. For us, truth isn’t a word, it’s not a five-letter word, it’s actually a person. And we are bringing that Truth to our neighborhoods, to our cities, to our state capitals. And that is going to bring the conversion of our country.”

In the nation’s capital on Sunday, the National Rosary Rally began with a  Eucharistic Procession from St. Peter’s Church on Capitol Hill to the National Mall, followed by Benediction and a slate of speakers. It was the anchor event of the annual Rosary Coast to Coast campaign. Talks were given by Fr. Stephen Imbarrato, Msgr. Charles Pope, Sister Deirdre Byrne, Doug Barry, Fr. Richard Heilman and Bishop Joseph L. Coffey of the Archdiocese for the Military Services USA.

The resurgence of Eucharistic Processions and Rosary rallies has given many Catholics the confidence to live their faith publicly, at a time when evil seems to be at a crescendo in society. While the events have been billed as non-political, they encourage Catholics to proclaim the fullness of the faith without hesitation or apology. 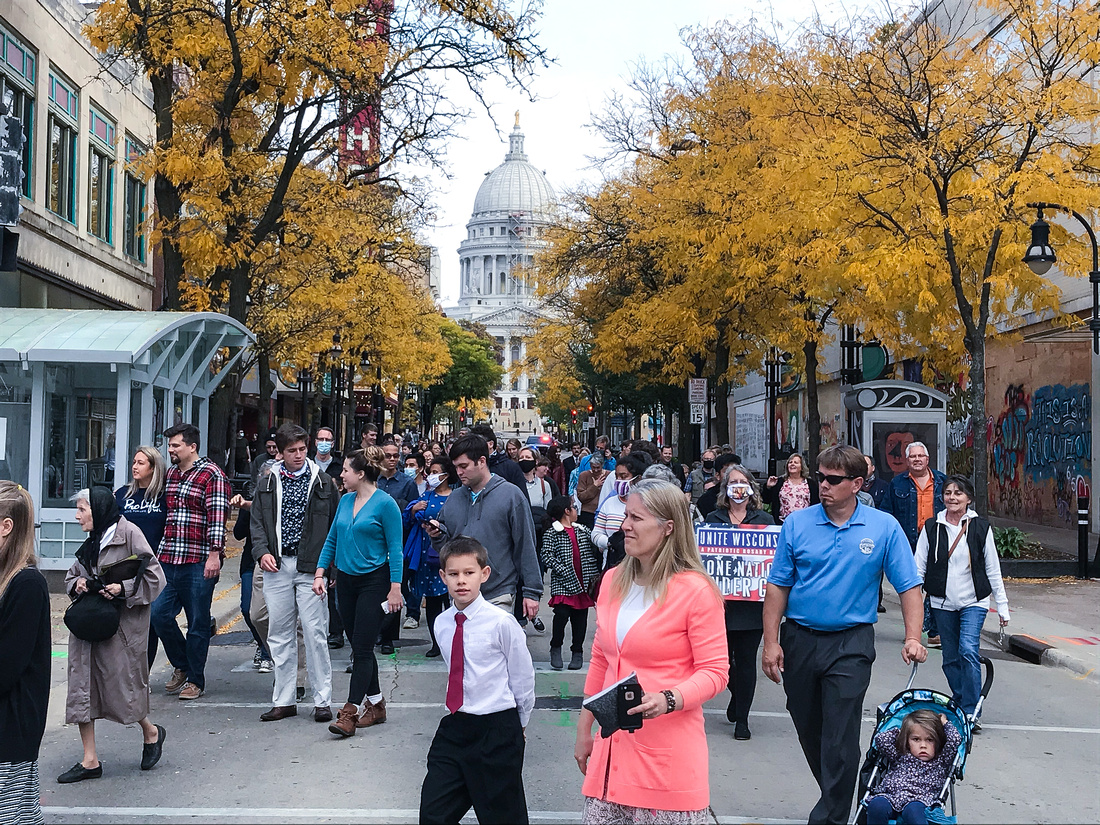 Catholics in the Public SquareThe Unite Our Nation Eucharistic Procession in Wisconsin's capital city was among 44 such events to take place since the initial procession on Aug. 15. (Photo by Joseph M. Hanneman)

One of the participants in the Madison procession was Catharine O’Neill, executive director of Catholics for Trump. She wasn’t campaigning for the president on Sunday, but came to support the public show of faith. “Catholic culture is alive and well in the United States. It’s amazing,” O’Neill said. “I think it’s growing. This shows me that it’s really growing.”

O’Neill said she does not aim to politicize the Catholic faith, but current events make Catholic values important in the Nov. 3 presidential election. “I think people of faith should vote by their values,” O’Neill said. “Especially with this election, the anti-Catholicism, the pro-abortion extremism. It’s hard not to vote with your values this time around.”

O’Brien said he is heartened with the quick growth of the Unite Our Nation movement. “We didn’t know. But we prayed,” he said. “We’re calling it a movement for many. This idea has become a movement. It continues to grow.

“They’re going to Portland, down in Texas. Alaska is calling us,” O’Brien said. “You’ve got up in Washington. All over the place, literally. North Carolina, New York City. All the parts, you go east, west, north, south — they’re everywhere. It’s a movement of people but really it’s a movement of the Holy Spirit through people who are picking up the cross of leadership to actually do this.” 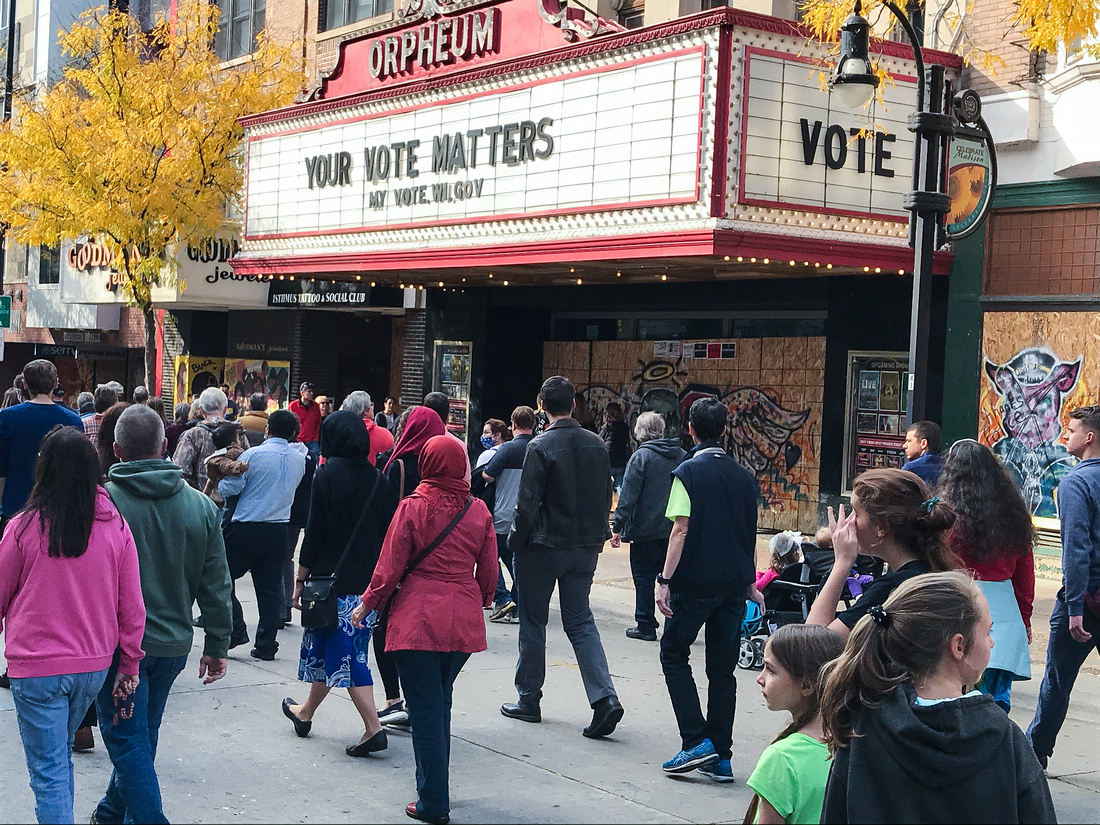 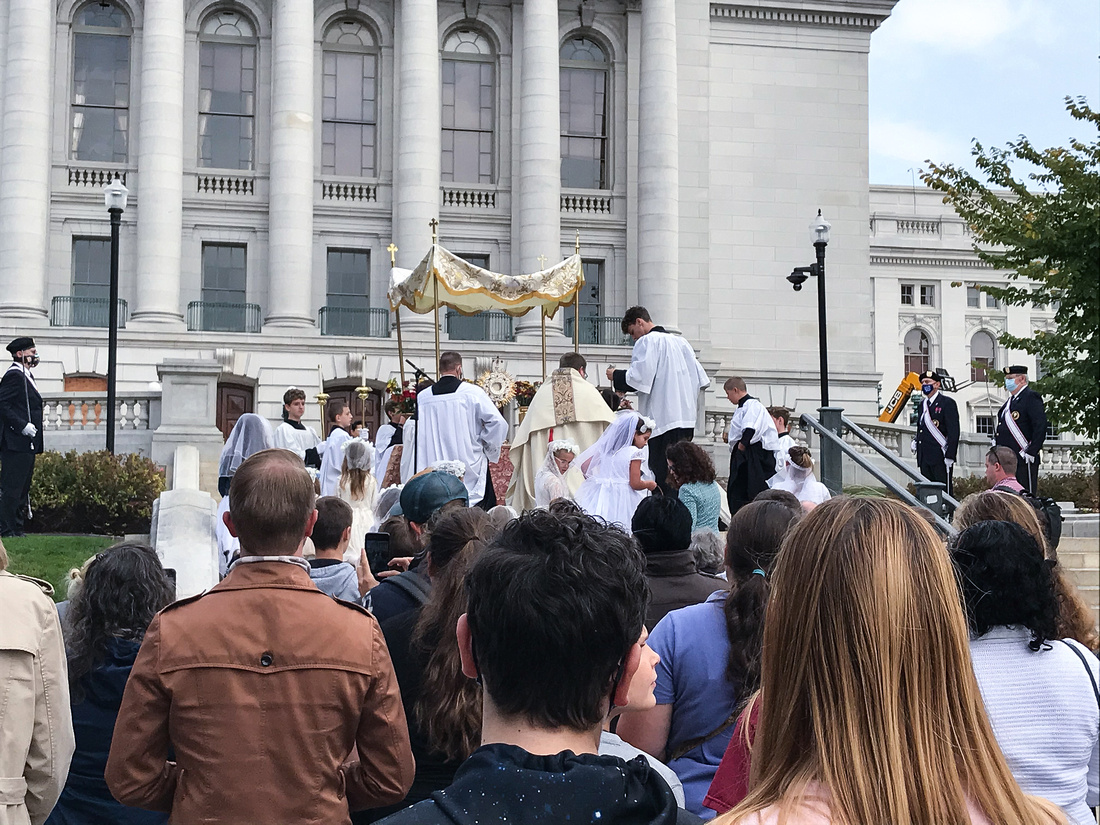