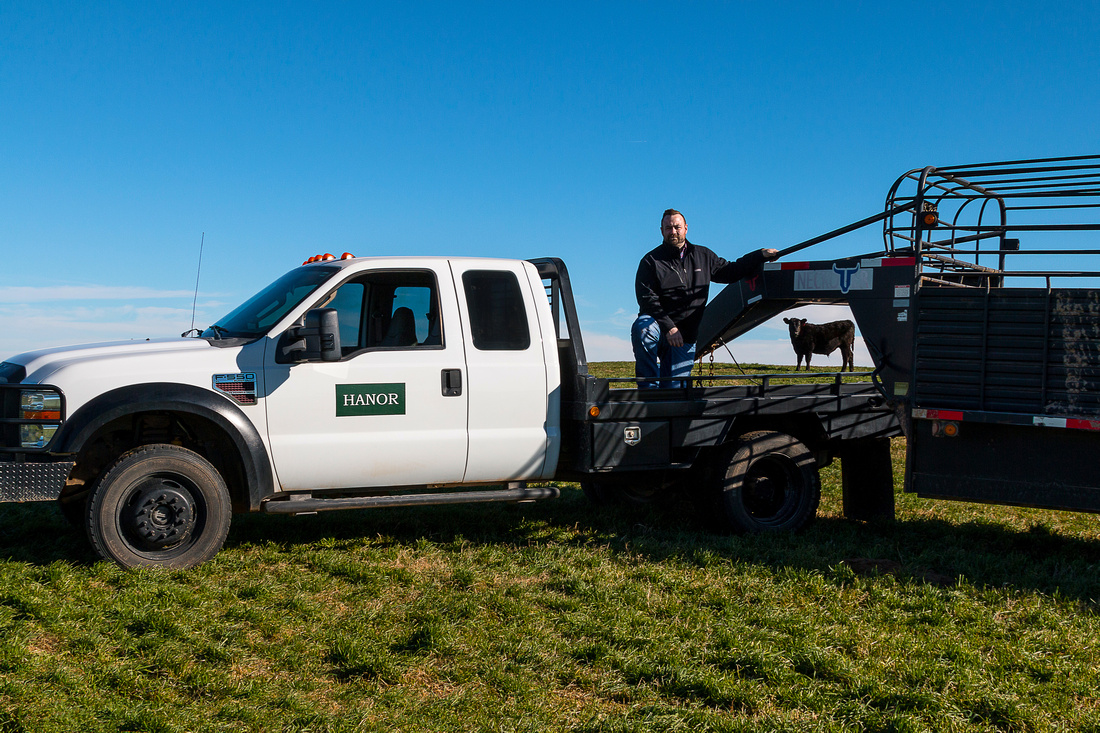 One of the largest pork producers in the United States has adopted a truck remanufacturing strategy that allows it to better plan vehicle resources and save money on acquisitions versus new trucks. Hanor Co., based in Enid, Okla., started by remanufacturing two Ford F-Series pickups at Vehicle Reman LLC in Tyler, Texas. Below is the news release we developed and distributed on Hanor Co.

ENID, Oklahoma — Brandon Mortenson had a dilemma. His company’s rapid growth was putting extra pressure on its fleet of high-mileage pickup trucks. He needed a strategy to keep up with demand without breaking the bank.

“What we ran into was we’re hiring and growing so fast that we needed to come up with a solution,” Mortenson said. “We’re not comfortable going out and buying used fleet trucks with a hundred thousand miles on them. You just don’t know what they’ve been through. At least with our fleet, they’re high mileage, but we know they’ve been well maintained. That’s where reman came in.”

Reman refers to complete vehicle remanufacturing, an emerging trend in commercial vehicle markets. Mortenson, fleet manager for the Hanor Company, decided to divert some of the aging truck fleet to be remanufactured rather than looking to buy new vehicles. Hanor, the 12th-largest pork producer in the United States, found that reman gave the Oklahoma-based company the same quality as new trucks, but saved more than 40 percent off the cost. Adopting remanufacturing has been a game changer for their nearly 200-unit fleet.

Mortenson turned to Vehicle Reman LLC of Tyler, Texas, the nation’s only company dedicated to remanufacturing commercial Class 1-5 trucks, vans, SUVs and specialty vehicles. Vehicle Reman took an initial Ford F-150 and Ford F-550 from Hanor’s fleet and put them through a comprehensive 10-step remanufacturing process at its 60,000-square-foot Texas facility. The F-150 was three years old with 194,000 miles; the F-550 was nine years old with 120,000 miles. Hanor got back two same-as-new trucks with three-year unlimited mileage powertrain warranties. The savings: just shy of $40,000.

During the reman process, Hanor’s trucks were disassembled down to the frames and all systems were inspected for wear, damage and defects. Wherever needed, same-as-new remanufactured components and systems were installed, including a new Ford gasoline engine for the F-150 and a reman Ford Power Stroke diesel engine for the F-550. All remanufactured parts and components are certified to the original manufacturer’s specifications. The F-550 needed body work and the flatbed was brought back to like-new condition from very rough shape. 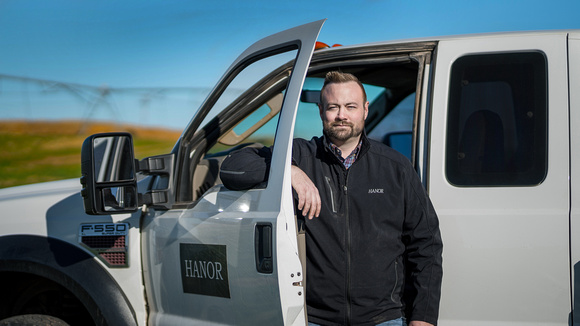 “All in all, I had high expectations and they met them,” Mortenson said of Vehicle Reman. “Every step of the way they were very professional. They didn’t over-hype themselves. They said they can do this, it will look like this — and that’s what they did. I really, really liked that about them.”

Hanor is among the businesses on the leading edge of a trend toward complete vehicle remanufacturing. The high cost of new vehicles has created demand for more fleet options. Reman has almost unlimited potential to give fleet owners more buying power and options for end-of-life vehicles, experts say.

“This is a natural evolution of well-established automotive parts remanufacturing, but applied to the whole vehicle,” said Greig Latham, founder and managing director of Vehicle Reman. “We have a proven system that can remanufacture a truck, van or other vehicle in as little as 48 hours. When customers see the same-as-new quality and remarkable savings, reman really sells itself. The main challenge for us is many fleet buyers don’t yet know about reman and what it can do.”

Steve Belden, director of sales and marketing for Vehicle Reman, said remanufacturing has the potential to be a $1 billion annual business for the Texas company. “The savings from reman make our customers more competitive and poised for growth,” Belden said. “Those who incorporate reman into their fleet-management strategy find it easier to gauge, reduce and manage total life-cycle costs. They are able to obtain like-new quality even when the budget doesn’t allow for purchasing new trucks. That’s a huge win for any company.”

A typical reman candidate is a truck, SUV, van or automobile with at least 100,000 miles and seven years in service. Vehicles up to 20 years old can undergo remanufacturing. Vehicle Reman specializes in Ford, GM and Chrysler brand vehicles. Reman vehicles are quieter, ride more smoothly and will usually achieve much better fuel economy than the pre-reman units.

Cost estimates for remanufacturing are quick and easy on the iPhone via the Vehicle Reman app, available as a free download from the Apple Store. Quick-turnaround estimates are also available by calling (903) 505-9988 or visiting the Vehicle Reman web site, www.vehiclereman.com/assessment.

Vehicle Reman is a complete vehicle remanufacturer that helps companies get twice the life from their truck fleets while saving up to half the cost of purchasing new. The company uses remanufactured parts and components to return vehicles to like-new condition. Remanufactured vehicles cost 30-50 percent less than purchasing new and are backed by a three-year powertrain warranty. Vehicle Reman specializes in Class 1-5 trucks: pickups, vans, SUVs, box trucks, flatbed trucks and specialty vehicles up to 19,500 pounds.