“BISHOP RYAN RAPED ME!” If anyone thought Daniel L. Ryan’s removal from public life would stop the sex scandals surrounding the retired Illinois prelate, they were sadly mistaken. A woman in the 1400 block of Guemes Court on the northwest side of Springfield called 911 after a crying, frantic man came to her door at 6 a.m. stating Ryan raped him.

According to the Springfield Police Department incident report, the alleged sexual assault actually occurred several months earlier. The complainant, Timothy R. Hugo, 44, said Ryan invited him to his home after Hugo called a diocesan help line. Ryan occasionally answered phones at the Catholic Pastoral Center after his October 1999 resignation as bishop. Hugo called the chancery in April 2004 looking for a religious-order brother that he knew. Instead, he ended up speaking with Ryan. The bishop emeritus gave Hugo his private cell phone number and encouraged him to call. Flattered by the attention from a bishop, Hugo later called the number, and before long he had an invitation to visit Ryan at the retirement home provided to him by the diocese.

He was impressed with Ryan’s cache of expensive beverages. “All of this fine, imported alcohol and his refrigerator is chock full of it,” Hugo said. “And so I went in and helped myself, and then he would say, ‘Would you like another drink?;’ and I’d say, ‘Yeah.’ And so I got another drink and then I kept drinking and he said … “ ‘You’re getting tired, would you like to go to bed?’ And I said, ‘Well, I better go home.’”

Hugo had recently come to Springfield to be near his mother, whom he said was in a nursing home, dying of ovarian cancer. He had his share of troubles, including a nervous breakdown suffered at a teaching job in Oklahoma. He was taking prescription medications; something Ryan knew the day Hugo first showed up at his door. After lying down in Ryan’s bed, Hugo said the bishop disrobed and laid down next to him. According to the police report, “Ryan, who admits to being a homosexual, told (Hugo) he could not have intercourse with him because he is a prophet of God and that the pope says that homosexuality is abnormal and immoral.” Still, the report said, Ryan took Hugo’s pants off and performed “un-consensual sex on him that lasted a period of 10 minutes.” Hugo told police Ryan also took “many” nude photos of him. 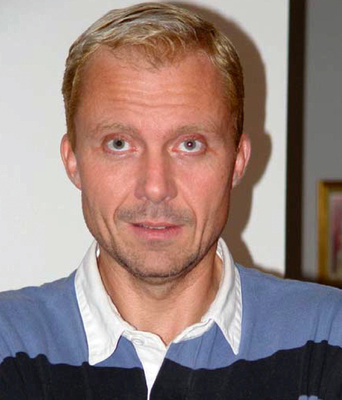 Hugo’s account of the alleged assault by the retired bishop is part of a nearly 570-page investigative report compiled over eight years by The Roman Catholic Faithful Inc. (RCF), a watchdog group based in Petersburg, Ill. The report asserts Bishop Ryan was a serial homosexual predator who sexually assaulted minors, sexually harassed priests and regularly consorted with male prostitutes.

For more than two months, Hugo had been Ryan’s frequent guest at dinners on the town. The retired bishop gave him gifts and even bought a plane ticket so Hugo could accompany him on a month-long vacation to Germany and Lisbon, Portugal in early 2005. Ryan told Hugo there was a special sex shop in Munich he wanted to visit, the report said. Ryan bought new clothes, shoes and jewelry for Hugo for that trip using a checkbook from a diocesan charity account.

Hugo often stopped at the nearby pastoral center, sometimes picking up Ryan’s mail. Then-Bishop George J. Lucas even autographed a photo for him. “Lucas had met Tim and knew he was keeping company with Ryan,” wrote Stephen G. Brady, RCF president and chief investigator. “Ryan heard Tim’s confession at least once and possibly twice during their relationship.” During Hugo’s conversations with Ryan, the subject of the Catholic faith came up. “He (Ryan) doesn’t agree with the pope’s stance on homosexuality,” Hugo said. “He doesn’t believe that there’s anything wrong with that.” Hugo said he witnessed Ryan kiss a priest on the lips at one Springfield parish in spring 2004. The priest “returned the kiss while the two embraced,” he said.

Hugo told RCF that Ryan had a regular overnight visitor from the Archdiocese of Chicago who traveled to Springfield on Amtrak and stayed for a few days at a time. One day Hugo stopped at Ryan’s house during the man’s visit. “He was all mesmerized with wanting to try on Ryan’s miter — and he’d parade around with it,” Hugo said. “He loved to get into his regalia and he liked Bishop Ryan’s stoles.”

The trouble between Hugo and Ryan started the night Hugo brought a boyfriend to dinner with the bishop emeritus. Ryan took a real liking to the twenty-something man, telling Hugo he might just have to steal his boyfriend. During the meal, Hugo said, Ryan told him, “You can just leave.”

The next morning, July 5, Hugo went to Ryan’s house to see if his friend spent the night. Hugo said Ryan told him to leave. When he refused and threatened to call police and the media to expose their relationship, “Ryan kicked him on his right knee,” the police report said. That’s when Hugo ran to the neighbor’s house for help. He told the neighbor that Ryan “gives you alcohol and then takes advantage of you.” When questioned by police, Ryan denied having a sexual relationship with Hugo, and said he never kicked him. He suggested that the visible injury to Hugo’s knee was probably suffered in a fall from a bicycle. No arrests were made in the case. Police cited conflicting statements and the lack of independent witnesses for the decision to drop the matter.

“In my opinion,” Brady wrote, “Ryan had, with the help of the Springfield hierarchy, raped a 45-year-old man who was considered mentally disabled by the state. At moments like these, I feel like breaking somebody’s nose (figuratively speaking, of course).”

BISHOP RYAN HAD A CHOICE TO MAKE. In early spring 1984, across the desk sat Charles A. Gruber, police chief of Quincy, Ill., a city on the western edge of the diocese. The topic was sexual-abuse allegations made against the Rev. Arthur D. LeBreton, 66, pastor of St. Peter Catholic Church in Quincy. Gruber had questioned a number of children in the parish and said he had enough evidence to show Ryan he had a big problem in Father LeBreton. “I told him he had to do something,” Gruber said in an interview. “He had to take him out or I was going to open it (an investigation) up and charge him. I was going to present it to the state’s attorney.”

Gruber said it wasn’t necessarily a slam-dunk case, but he was ready to proceed. “I went over to Springfield and met with the bishop and told the bishop that he either removed him or did something, or I was probably going to charge him (LeBreton); just to bring light on it, shed light on it,” Gruber said. “They took him out.” The LeBreton case has never been disclosed publicly before.

LeBreton had been pastor at St. Peter since 1974 and was well known in Catholic education circles as a pioneer in adapting technology to the classroom. Gruber, former president of the International Association of Chiefs of Police, is now a consultant for the Civil Rights Division of the U.S. Department of Justice. He declined to share specifics of what the school children reported. Responding to a freedom of information request in 2019, the Quincy Police Department said it has no investigative records on LeBreton.

LeBreton vehemently denied any wrongdoing. When notified by Bishop Ryan that he was being retired, LeBreton did not want to leave his rectory. The story still circulates in Quincy that the priest was carried bodily from the parish grounds. “I don’t recall any of that happening,” said Gruber, who was also a St. Peter parishioner. “The Church took care of it. It was not widely known among the parishioners in the community. He was there and then he was gone.”

Rather than have his priest arrested and charged with criminal acts, Ryan chose to send LeBreton into retirement in Florida. LeBreton moved onto a quiet street in the Ridgewood Estates section of Sarasota, where he lived with his brother, Richard J. LeBreton, 60. Father LeBreton was not there even two years when he died on October 8, 1986. He was 68. Bishop Ryan was the principal celebrant at his funeral Mass at the Cathedral of the Immaculate Conception. More than 30 years later, when the Diocese of Springfield published its list of priests credibly accused of sexual abuse of minors, Father LeBreton’s name was not on it. The Diocese of Springfield did not respond when questioned about Father LeBreton’s case.

Gruber said the Church should have taken more action on sexual abuse of minors long ago. “The Church is not able to hide it anymore from the community. Years ago they could have gotten in front of a lot of these problems if they had been willing to accept responsibility and also to take corrective action, which they never did.”

Ryan faced a second case of alleged sexual abuse of children by a priest in Quincy during his first six months on the job. In that instance, he also chose to quickly move the priest out of town and later arranged for him to “retire” in the Diocese of Little Rock, Ark. Details of this case are also being disclosed for the first time.

Fr. Landry Genosky, OFMFr. Genosky said Fr. A.J. Schwellenbach threw the parish keys at him and said, "I've got to get out of town."

In March 1984, the diocese was confronted by furious parents who alleged their son had been molested by the Rev. Aloysius J. Schwellenbach, 62, the longtime pastor of St. John the Baptist Catholic Church in Quincy and the former diocesan director of the Confraternity of Christian Doctrine (CCD). News of the molestation came out when a group of families was at game night at one of their homes. “The parents were talking about how great Schwellenbach was,” said a witness who knew some of the boys. “One of the boys interrupted them and said that Schwellenbach was touching him, kissing him like a boy does a girl.”

Schwellenbach abruptly disappeared from St. John and Quincy a short time later. The Rev. Landry Genosky, O.F.M., reported a strange encounter with Schwellenbach in the St. John sacristy during the third week of March 1984. “I was going to have the Mass at St. John’s at 5:30 in the evening,” Genosky said, according to a friend who spoke with the priest. “Father Schwellenbach threw the keys at me and said, ‘Here, I’ve got to get out of town. You’ve got to take care of the wedding.’ I wasn’t even prepared for a wedding.”

And that was it. Officially, Schwellenbach resigned for “health reasons” on March 22, 1984. Schwellenbach was off to a treatment center for a few months. Then he moved home to his mother’s place in suburban Chicago to help care for her. She died in 1985. In 1988, Schwellenbach moved to Mountain Home, Ark., and built a 3,100-square-foot ranch home a short distance from St. Peter the Fisherman Catholic Church. The Diocese of Little Rock said Schwellenbach was retired and had no role at St. Peter. However, Mountain Home newspaper archives show he presided at dozens of funerals and other Masses at St. Peter between 1988 and his death in September 2000. He was also the chaplain for the local Knights of Columbus council. He could not have functioned as a priest in Arkansas without the local bishop’s permission.

Robert O’Donnell, a former St. John altar boy who alleged he was sexually assaulted by Schwellenbach for four years in the late 1970s, said Bishop Ryan blamed former Bishop Joseph A. McNicholas for not taking action against Schwellenbach before McNicholas died in 1983. O’Donnell, who said he fought for months to secure a meeting with Ryan to report the abuse, said the bishop told him Schwellenbach got into trouble in the Diocese of Little Rock.