IT'S ALL ABOUT HOMOSEXUALITY — AND POWER. Put another way, it’s about a sodomitical lack of continence and self-control. Writing in Catholic World Report, the Rev. Paul Shaughnessy, S.J., hammered this point home in a prescient essay more than a year before the priest sex-abuse scandal broke in Boston in 2002: “A disproportionately high percentage of priests is gay; a disproportionately high percentage of gay priests routinely engages in sodomy; this sodomy is frequently ignored, often tolerated, and sometimes abetted by bishops and superiors.”

The saga that has wracked the Diocese of Springfield in Illinois and scandalized its parishioners for the past 40-plus years has its primary roots in the vice of homosexuality. Former Bishop Daniel L. Ryan’s serial predation of boys, young men and priests was driven by unbridled homosexual lust — and his gamble that no one would believe his victims if they went public. He dared one to do just that. His double life was well-known in Chicago, Joliet, Washington, D.C. and Rome. Yet his enablers kept accountability from laying a glove on him. His diocesan leadership team included active homosexual priests who turned a blind eye to complaints about their boss — all while engaged in lurid, immoral acts themselves.

By Father Shaughnessy’s definition, the Bishop Ryan situation and the hierarchy’s response are classic examples of episcopal corruption. “I define as corrupt, in a sociological sense, any institution that has lost the capacity to mend itself on its own initiative and by its own resources, an institution that is unable to uncover and expel its own miscreants,” Shaughnessy wrote. “…As an agency, the episcopacy has lost the capacity to do its own housecleaning, especially, but not exclusively, in the arena of sexual turpitude.”

The Bishop Ryan case is chronicled in painstaking detail in a nearly 570-page investigative report compiled over eight years by The Roman Catholic Faithful Inc. (RCF), a watchdog group based in Petersburg, Ill. The document said Ryan sexually abused at least four teen boys, sexually harassed and assaulted five diocesan priests and regularly cruised the streets of Springfield for male prostitutes. Ryan abruptly resigned in October 1999, but the cloud of scandals surrounding him continued for years.

Ryan was among the first three U.S. bishops accused over the past 34 years of sexually abusing minors, according to our analysis of data from watchdog group Bishop Accountability. Of the 36 bishops accused of molesting minors, 80.5 percent of the cases involved male victims. The percentage might be higher, but some U.S. dioceses will not reveal the genders or ages of alleged victims. The percentage is in line with previous statistics on the priestly sex-abuse crisis overall. The John Jay College study of sexual abuse cases from 1950-2002 revealed 81 percent of victims were male; 78 percent were post-pubescent.

Rev. Charles G. Dahlby, a former vocations director who served as a pastor and school chaplain for more than 40 years in the Diocese of Springfield, was just as blunt as Fr. Shaughnessy in his assessment. “A homosexual predator could not hope to find a more friendly and supportive environment than priesthood in the American Catholic Church,” Dahlby wrote. He said as “homosexuals flocked into the Church,” they created a subculture “that is rapidly becoming dominant.”

“Most of the scandals and evils we see in the Church today are brought about primarily by homosexuality,” Dahlby wrote. “Homosexuality is an objective moral disorder and unacceptable in the priesthood.”

A recent study published by the Ruth Institute noted the increased number of priestly sex-abuse incidents perpetrated against minors in the United States correlated with an increase in the prevalence of homosexual priests. “The share of homosexual men in the priesthood rose from twice that of the general population in the 1950s to eight times the general population in the 1980s. This trend was strongly correlated with increasing child sex abuse,” said the report, written by Father D. Paul Sullins Ph.D. “Four out of five victims over age 7 were boys; only one in five were girls. Ease of access to boys relative to girls accounts for about one fifth of this disparity. The number of  homosexual priests accounts for the remaining four fifths.” 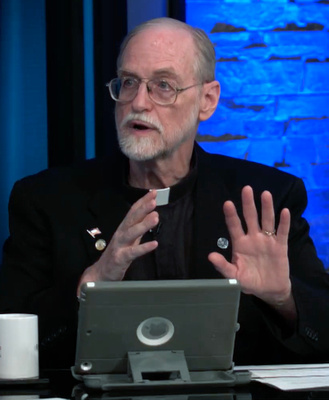 The trends began to change in 2002, however, according to Sullins. In 1985, males made up 92 percent of victims. That figure dropped to 74 percent in 2000 and plummeted to 34 percent by 2016. Homosexuals are much less likely to be ordained to the priesthood today, and newly ordained priests are less likely to perpetrate sex abuse against minors. The younger generation of priests is “far more devoted to orthodox faith and practice than were their predecessors.”

A.W. Richard Sipe, a former priest who spent decades investigating clerical sexual abuse of minors, said sexually active bishops create an atmosphere that is ripe for trouble. “Sooner or later it will become broadly obvious that there is a systemic connection between the sexual activity by, among and between clerics in positions of authority and control, and the abuse of children,” Sipe wrote in 2016. “When men in authority—cardinals, bishops, rectors, abbots, confessors, professors—are having or have had an unacknowledged-secret-active sex life under the guise of celibacy, an atmosphere of tolerance of behaviors within the system is made operative.”

Not News: the Case of Joseph Havey

BISHOP RYAN DESCRIBED THE SEX-ABUSE CRISIS AS LIKE THE WORLD SERIES. Ryan denied the misconduct and sexual-abuse accusations against him, although he never responded in any detail to the myriad charges. He took a dim view of the notion that there was a pattern to clerical sexual abuse, or that it was being covered up. In 1993, after a lawsuit was filed alleging sadomasochistic sexual abuse of altar boys by Rev. Joseph P. Havey of St. Agnes Catholic Church in Springfield, Ryan opined that the news media were being unfair. “I wonder how long this can make headlines,” Ryan told the State Journal-Register. “Even the World Series eventually is finally over with and other news has to be found.”

Havey was accused of fondling a naked toddler, showing hardcore pornography to teen boys, supplying illegal drugs and alcohol to altar boys, and ordering the teens to beat him with a heavy wooden paddle studded with nails while he hung naked by his wrists from a tree. During the beating sessions, the boys said, Fr. Havey would cry, scream and call out to God as he achieved orgasm. He ordered the boys to throw steel darts at his backside while he hung from the tree near the boys’ backyard fort. His rear end was badly scabbed and bloody, according to the boys’ testimony in a civil lawsuit. 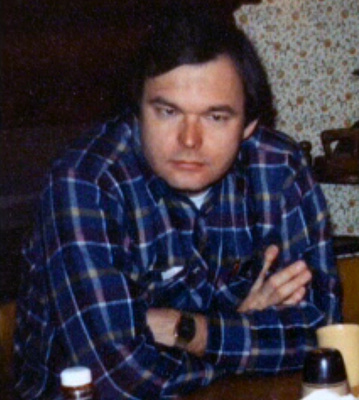 “I looked over to that tree and what I remember is there was a little block of wood right where his groin area was and a bunch of little nails sticking out of the piece of wood, facing him, that he was humping as he was being beaten,” one of the boys later said. “It was all bloody and everything and I was like, ‘My God, that’s where his penis was.’ ” The priest made audio recordings of the beating sessions and listened to them afterward while he wiped blood from his body, the boys said.

Havey forced a baby boy in one family to touch his genitals, and then fondled the child, lawsuit settlement records said. He made two young girls in the same family strip naked and bounce up and down on an inflatable toy known as a “hippity hop,” the girls later testified. “Hurry up and put your clothes back on, your parents are coming home,” Havey told them.

The boys were often exposed to drugs and pornography. “Father Havey would be on the middle bed in our room and all of the kids would be on the floor, smoking pot and reading pornographic magazines,” one boy testified. “It was almost like we were in school. We trusted Father Havey. We were vulnerable kids from good families. He knew we wouldn’t say anything.”

According to testimony in a lawsuit against the diocese, Havey sexually abused seven children from the same Springfield family in the late 1970s and early 1980s. The suit named 12 children and four parents as direct and indirect victims of Havey’s sexual abuse. It was settled out of court.

Like the case of Father Alvin Campbell (see Part Three: ‘We are in Schism’), Havey’s sex abuse was well known to the diocese virtually from the time of his ordination in May 1971. After serving as chaplain at St. Anthony High School in Effingham during the 1971-72 school year, personnel records show Havey “indicates ready willingness to transfer.” Other personnel records warned that Havey should not be placed at a high school, and he should be supervised by another priest. After Havey served fewer than six months at St. Margaret Mary Catholic Church in Granite City in 1974, the diocese personnel board acted on suggestion of another priest that Havey “take his vacation.” He did not return to the parish and was placed on sick leave.