DECORATED U.S. MARINE VETERAN FRANK J. KELLY WAS FED UP. Outside the Hyatt Regency hotel in Washington D.C., Kelly spotted the U.S. papal pro-nuncio, who a year earlier did his best to deep-six the sexual-misconduct investigation of Illinois Bishop Daniel L. Ryan. The no-holds-barred Kelly strode up to Archbishop Agostino Cacciavillan, poked a finger in his chest and boomed, “You belong in jail for what you did to protect Daniel Ryan!” A nervous Cacciavillan said nothing and quickly retreated to his car. Kelly was with a group of protesters praying the Rosary and holding signs outside the semiannual meeting of the National Conference of Catholic Bishops. One sign read, “Bishop Ryan, Obey Your Superiors and Resign as Bishop!”

The retired lieutenant colonel’s tongue lashing of the archbishop in November 1997 is described in a nearly 570-page investigative report compiled over eight years by The Roman Catholic Faithful (RCF), a nonprofit watchdog group based in Petersburg, Ill. The document was initially filed with the U.S. Conference of Catholic Bishops Office for Child and Youth Protection. It describes a serial homosexual predator bishop who sexually abused minors, sexually harassed his own priests and consorted with male prostitutes. The altercation with Archbishop Cacciavillan, and the six protest signs carried outside the NCCB meeting, were indicators the RCF campaign to oust Bishop Ryan had new urgency. Just weeks later, a woman contacted RCF, alleging she knew where Bishop Ryan picked up teenage male prostitutes. Sandra J. Elraghy, 34, said she knew many of the male hookers who “dated” Ryan. Stephen G. Brady, RCF president and chief investigator, interviewed her outside of a Springfield, Ill. restaurant. She said she came forward after reading the chancery office’s denials that Bishop Ryan was a homosexual, and public comments from the bishop’s spokeswoman that RCF officials were “ignorant of good church teaching.” She said she wanted the truth about the bishop to come out. “I was sitting on the laundromat table and when I read that I jumped right off there and looked up Steve Brady. I read that article, slammed the paper down, jumped off the table. I called Steve Brady and he came the same night.”

Elraghy said she often saw Bishop Ryan stop and pick up male hookers like Frank Bergen (see Part One: the Figure-Eight). “Me and Frank were standing in front of a bar just chit-chatting,” she recalled of one instance. “He said, ‘I’ve got to go, there’s The Bish.’ I said, ‘The Bish?’ He said, ‘That’s the bishop of the Catholic Church. See you later.’ ” One day, she and Bergen watched “The Bish” pick up a hustler named Kent. “Kent did The Bish,” she told Brady. Elraghy and Bergen followed the car back to the rectory at the Cathedral of the Immaculate Conception and waited for more than an hour for Kent to emerge from Bishop Ryan’s quarters.

Bergen told Elraghy of his own sexual involvement with Ryan. “I said, ‘that’s the bishop? He’s like taking the tithing money, the tithing money and giving it to you guys and you’re doing cocaine with it?’ ” an exasperated Elraghy asked. “And he’s like, ‘Yeah, we’re going to get really f***ed up.’ ” Elraghy gave Brady the names of hookers whom she said serviced the bishop. Some were real names and some were street names like “Peanut,” “O.D.,” “Big Joe” and “Spider.”

Brady tracked Bergen to the Jacksonville Correctional Center, where he was serving a sentence for retail theft. Elraghy sent Bergen a letter asking him to share his Bishop Ryan story with Brady. Two weeks later, Brady sat across from Bergen at the Jacksonville prison. What he heard over the following four hours still weighs on him more than two decades later. “I always felt I was fairly strong and pretty much a hard nut to crack,” Brady said at the time, “but the story this man told almost made me ashamed to be a Catholic.”

Bergen told of his many trips to the cathedral rectory for sex. He said Bishop Ryan liked expensive cigars and Johnny Walker scotch. The bishop preferred young blonds. Ryan had a foot fetish. Bergen said he confessed the sinful sex to Ryan just after they completed it. Sometimes, Ryan had Bergen kiss his ring, just as the faithful do when meeting the pope. Bergen talked of a friend who had sex with the bishop and later died of AIDS. After the friend was diagnosed with the deadly disease, Bergen said, the bishop refused to visit him — even when the man was on his deathbed. Bergen named a number of other priests whom he said paid him for sex over the years. One of those clerics died in the early 1990s, one was removed from ministry by his religious order but later returned to service in the Diocese of Joliet, and another was removed from ministry in 2018 for allegedly “misappropriating” $29,000 and possessing a cache of homosexual pornography.

Armed with the testimony from Elraghy and Bergen, Brady faxed the papal pro-nuncio in Washington, advising that he had new, troubling evidence of Bishop Ryan’s predatory behavior. He scheduled a press conference for Dec. 30. A week later, Brady received a call from Jimmy M. Lago, a special assistant to Chicago’s new archbishop, Most Rev. Francis E. George, O.M.I. Lago asked RCF to delay publicizing the new charges against Ryan. Brady would only agree if Lago provided a letter stating that Archbishop George had opened an investigation into Bishop Ryan. Lago faxed a handwritten note to that effect several hours later, on Dec. 23. Lago, who was also the executive director of Catholic Charities, later succeeded Rev. Thomas J. Paprocki as chancellor of the Archdiocese of Chicago. 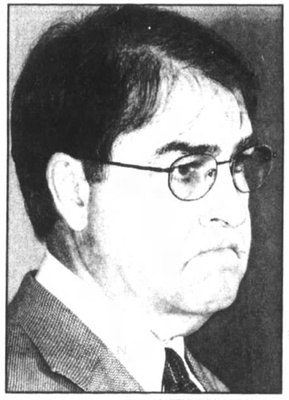 It was the first exchange in what became a very contentious relationship between Brady and the Chicago archbishop. Father Alfred J. Kunz, a canon law expert from Wisconsin and close friend of RCF adviser Father John A. Hardon, warned Brady not to trust Lago, who was a close associate of the late Joseph Cardinal Bernardin. Lago flew to Springfield and met with RCF staff. He spoke to Father R. Doe and Elraghy about their allegations concerning Ryan and sexual misconduct.

“The issues that you have raised are very serious and it is our intent to pursue them in a serious and rigorous way,” Lago wrote. Publicly, though, he sang a very different tune. Lago told the Bloomington Pantagraph there was “no proof” against Ryan, and “nobody is willing or able to even step forward at this point.” James Bendell, RCF’s attorney, fired off an angry response. “That statement is a lie,” Bendell snapped, and “a betrayal of the trust we placed in you.”

The group cut off contact with Lago and planned for a Jan. 15, 1998 press conference. The night before the event, Archbishop George telephoned Brady and urged him not to speak out. “If your first priority is to remove Ryan, do not go public,” George said, according to Brady’s notes from the call. George told him that if RCF remained “obedient” to the Church, RCF could have a relationship with the hierarchy. “He informed me that by going public, we would be stuck with Ryan,” Brady said.

Read Part I at Church Militant